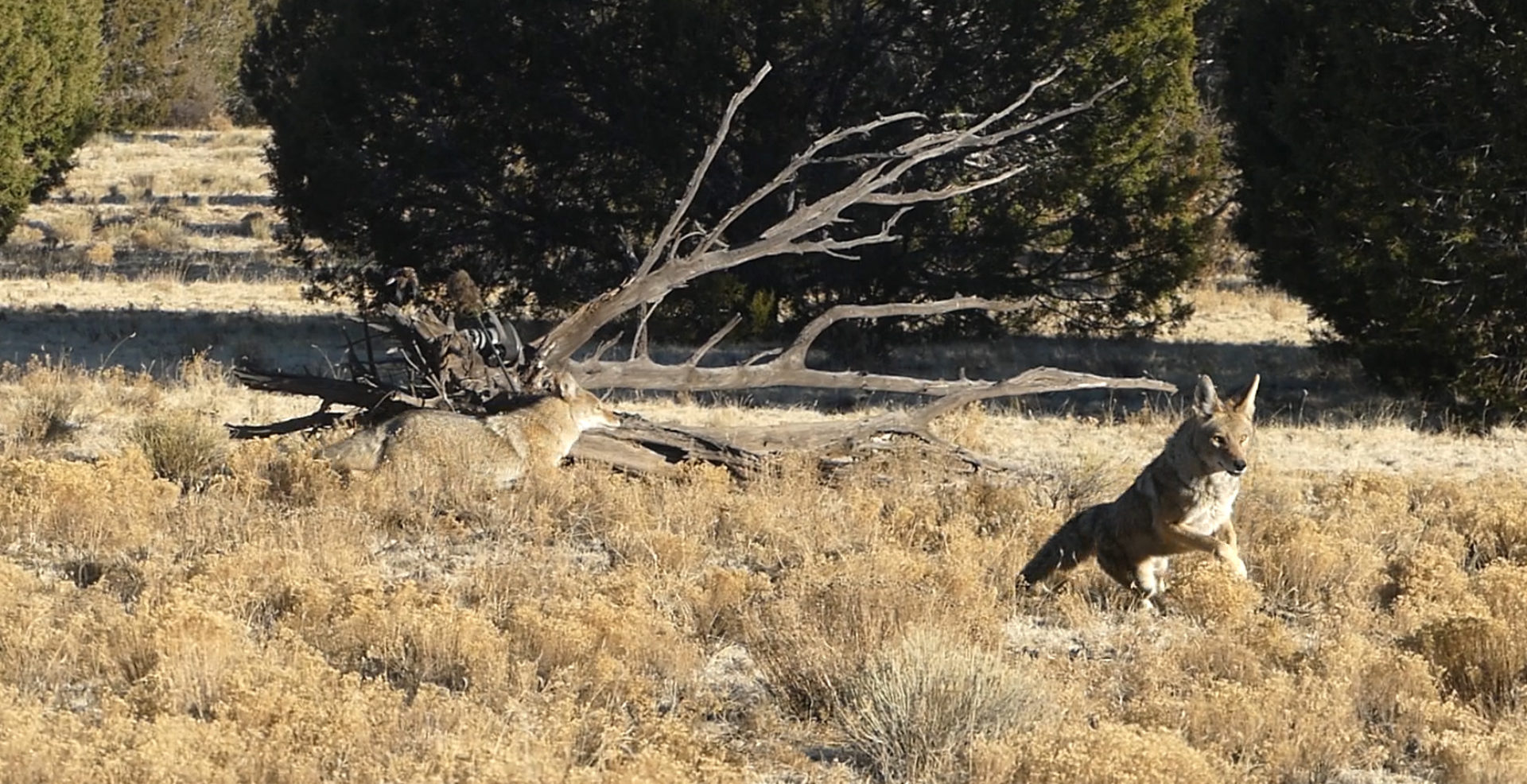 I recently heard rumors of some Predator Hunts/Contests being protested by Animal Rights Activist in New Mexico this year, so I did a little research.  According to this newspaper article, DEATH threats have been made toward this predator hunt director:

As a human being, I find this behavior despicable and inexcusable!  I cannot except this behavior or let my beliefs, which are based primarily on facts, go unexpressed.  I wrote the below letter a few years ago, but eventually my emotions dissipated, so I did not publish it.

From the puny mind of a predator hunter.

Whether you like it or not, humans are predators and we compete directly with other predators.  God, create us that way, so if you want to be a grass eater, you can, but don’t take it out on me.  Does that mean hunters want to kill every animal or coyote on the planet?  Heck no!  But we realize that killing a coyote, can in the short-term increase the population of a prey species that hunters desire to hunt, eat, and eventually hang on the wall.  It’s a pretty simple fact, humans are consumers and we are at the top of the food chain.

Hunters are always made out to be the bad guy, but  Hunters are the only reason wildlife exist, and will continue to exist.  Hunters, such as Theodore Roosevelt, founded the first conservation efforts, as they recognized the value of wildlife.  Hunters now contribute millions of dollars to wildlife, through the purchasing of hunting licenses, wildlife organization memberships, and taxes on our own equipment.  A good majority of these funds are the ONLY revenues for state game & fish agencies, and these agencies tell us when, where, and what we can hunt, based on BIOLOGICAL fact.  Another portion of this funding is spent on habitat improvements, such as, land purchases, water hauling, water developments, etc…  This means, NO Taxes or minimal taxes on the General Public, because sportsmen pay for wildlife conservation and management.  I suspect many Anti-hunters have never attended a ranch clean up, a water development project, or joined a true wildlife conservation group.  Why not, you guys love wildlife don’t you?

Why I hunt coyotes !

I hunt coyotes because I love to do it.  Do I believe my hunting hurts their population?  In the short-term, of course, that is the point! But, some studies show that coyote populations will increase over the long-term, if certain dominate coyotes are displaced (another reason why we must hunt them every year).  What does this mean to the hunter? Well, it means, in the short-term predator hunting can help one fawn or calf get to its’ feet, and in the long run, the coyote population will also benefit and coyote hunters will be happy.  Yes, coyote hunters love coyotes, but we also love the animals we eat!

Anti-Hunters tend to use the terms slaughter and wipe out the population, when they talk the press and general public.  They want the general public to believe predator hunters are killing every predator within a given area and for nothing, but fun.  This works most of the time!  Why?  Because we are scared of fighting back!  Meanwhile, they throw a gauntlet of screwed views into the press.  Check-out this link: FBI probes threats to coyote hunt contest organizer

“Most people recognize that this is a cruel, random, indiscriminate contest for the purpose of promoting a business,” said opponent Elisabeth Dicharry.

Dicharry and her husband, Guy, said they are animal lovers and are opposed to the unlimited killing.

These guys are ignorant.  They state they are NOT opposed to hunting, but they are opposed to to the unlimited killing.  People, get a damn clue.  Bag limits DO NOT change because a private business puts on a hunt.  Again, predators are managed by the state wildlife agencies and they set the bag limits based on 21st century science.
Also, coyotes don’t hold up a sign that says, “I want to be shot during the Predator Hunt”.  What these people don’t like is the ideological principle of us CELEBRATING the killing of animals.  Again, this isn’t science or factual, this is their ideological principle.
Bottom line

This site uses Akismet to reduce spam. Learn how your comment data is processed.